One of the top educational institutions in Bangladesh is the University of Dhaka. Indian authorities and the World Health Organization both endorse them. They provide undergraduate, graduate, and doctorate degree programmes in a wide range of fields. Regarding medical education, Sheikh Hasina Medical College in Bangladesh stands head and shoulders above the others. The institution provides a comprehensive training programme for future doctors by providing a five-year MBBS degree and a one-year internship. To get the MBBS degree, students must complete clinical rotations.

In 2014, the Bangladeshi government opened Colonel Malek Medical College in Manikganj. Manikganj is its current home. As part of the University of Dhaka School of Medicine, the institution offers a medical degree. On January 26, 2015, 51 pupils started the first day of classes. At least temporarily, classes have begun at the Manikganj Nursing College. Chandara, Manikganj, is the site of the permanent campus.

The University of Dhaka supports Colonel Malek Medical College in Manikganj. After five years of schooling and passing the professional MBBS test, students at the University of Dhaka obtain their MBBS degrees. The Bangladesh Medical and Dental Council (BMDC), part of the Ministry of Health, exercises direct control over this institution.

Established in 2014, Bangladesh is home to Patuakhali Medical College, a government-run medical institution. Patuakhali District’s Patuakhali town is where you’ll find it.

The programme is five years long and leads to a Doctor of Medicine and Doctor of Surgery degree, with an annual enrollment of 52 students. All college grads must do an internship lasting a full calendar year immediately after graduation.

Patuakhali General Hospital has 250 beds and is partnered with the university.

Patuakhali District is home to the college, housed in the same building as the district’s 250-bed general hospital. There were just 50 beds in the Sadar (the district capital) hospital. In 1979, 150 beds were added, and in 2003 and 2005, another 250 were added thanks to expansions. The building will be renovated into a 500-bed university hospital.

Dhaka is home to the 500-bed Magda Medical College & Hospital, which also serves as a public medical school. At its outset, the building served as a hospital, but it was later converted into a full-fledged medical institution. In 2006, work finally got started on it. The hospital doors opened in July 2013, and patients were admitted at the beginning of 2014. A 13-story structure sits on the hospital’s 9+ acres of land.

This government medical school in Dhaka is the fourth of its kind in the city. Beginning in January 2016, regular enrollment in the MBBS programme is open for registration.

With its recent founding, Magda Medical College lacks a dedicated dorm structure. However, the university has devised a housing system for both male and female students. The boys’ dorm has relocated from the academic building to the hospital’s third floor.

The University of Rajshahi is a leading educational institution in Bangladesh. They are officially recognised by the National Medical Commission of India and the WHO. They provide research for degrees at all levels, including bachelor’s, master’s, and doctoral. One of the best medical colleges in Bangladesh is Pabna Medical College. They have a five-year MBBS curriculum that includes an internship for one year, making its graduates very competitive in clinical environments. They were chosen as one of the universities to host the centre’s nuclear medicine programme.

What is the history of this university? Why did the government need to establish a university for the armed forces? The answer is simple: there was a long-felt need for it. As the nation’s military becomes more and more advanced, …

Why should you study MBBS in Medical College for women and hospital in Bangladesh?

Why you should study MBBS in MH Samorita Hospital and Medical College in Bangladesh?

Introduction of MH Samorita Hospital and Medical College: We all know how densely populated Bangladesh is, with a population of around 160 million. In order to care for such a large number of people, the country’s health system has to … 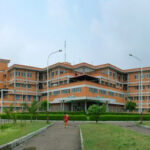 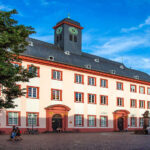 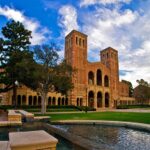 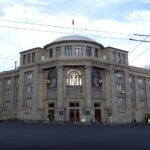